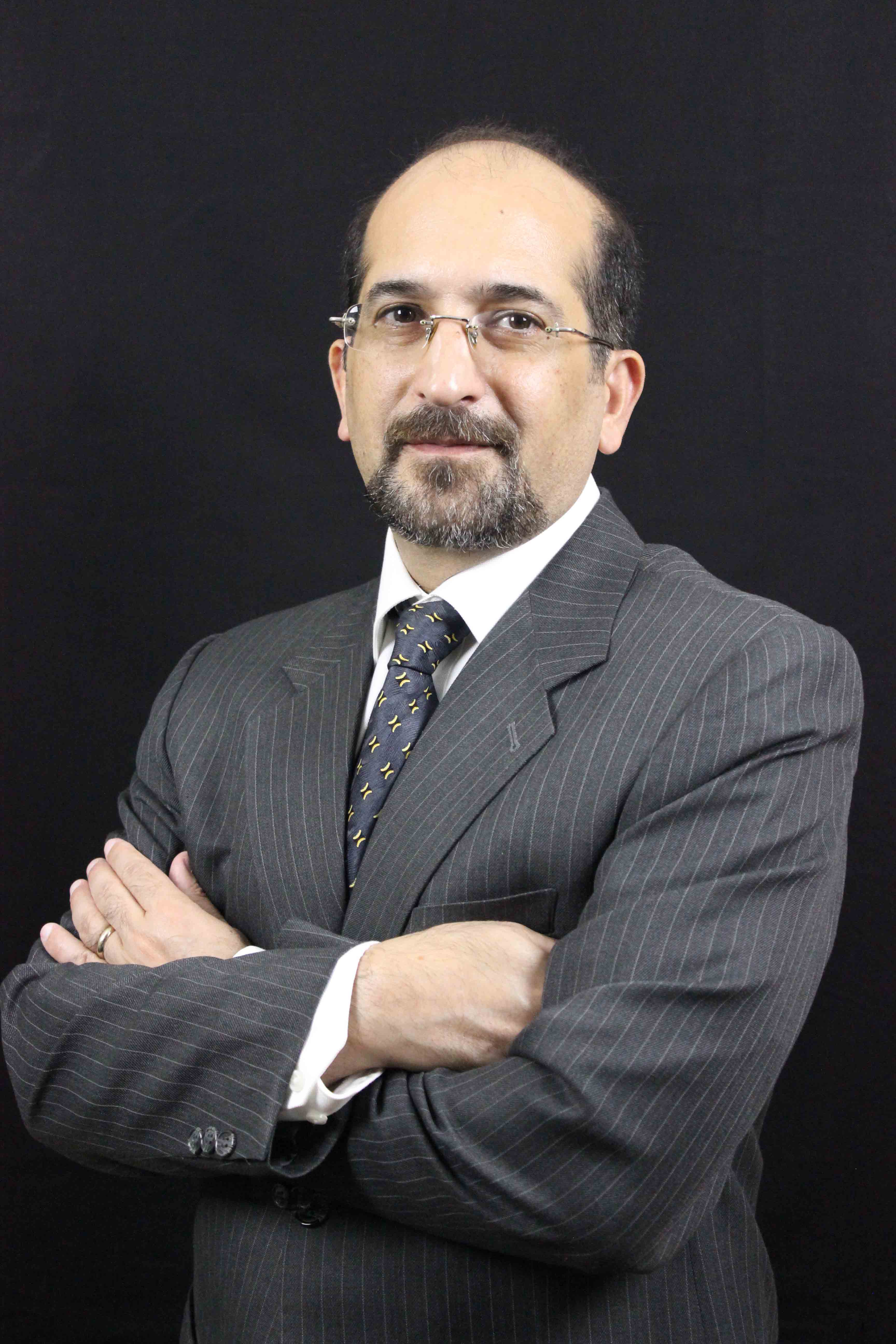 After graduation, in 1998, he managed to successfully complete his mission of equipping the operating room and ICU of a newly built hospital in the city of Mashhad in Iran. Subsequently, he anesthetized the first patients in that hospital.

In 1998, he came across an anesthesia method that had randomly been used for opioid addiction treatment. The technique, Ultra Rapid Opioid Detoxification (UROD), which involved administration of opioid antagonists under anesthesia had been used to help with the detoxification stage of opioid addiction treatment. It had been reported that the method had a very high success rate in detoxification and transitioning the patients from consumption of opioids to opioid antagonists such as Naltrexone. He thought if that was the case, it would be a great advantage. He supposed successful transitioning of the patients to consumption of Naltrexone could make a big difference in treating the psychological dependence and rehabilitation of the patients as the most important stage of treatment. That is, making the patients physically independent as well as unresponsive to opioids and keeping that situation for a long time could provide enough time for the patients and health care providers to successfully advance their rehabilitation programs. That could theoretically lead to a greater long-term success and abstinence.

That made Dr. Nilforushan think that there was an opportunity for him to contribute to addiction treatment and help with management of a major social issue. Hence, after extensive research, he extended his practice from anesthesia and critical care to addiction treatment. In 2000, he performed the first cases of UROD in Iran in private followed by public sectors. In both sectors, he benefited from collaboration of psychiatrists and psychologists. In the public sector, he performed UROD in a research project funded by the government. That study resulted in 100% success rate in opioid detoxification with no morbidity or mortality.

Thereafter, Dr. Nilforushan extended his activities in the field of addiction treatment and trained some of his colleagues in UROD. In 2003, at age 35, he managed to establish the first private inpatient center for addiction treatment and rehabilitation in Iran with his colleagues. The center worked on UROD, ordinary inpatient and outpatient detoxification approaches, and methadone maintenance as well as long-term follow up and rehabilitation programs. The organization came to the attention of United Nations representatives as a unique addiction treatment center in Iran in 2006. Subsequently, they visited the center and reported their observations to the United Nations. Dr. Nilforushan served as the Head of the Board of Directors in that center for about 3 years. By 2006, he, himself, had the experience of performing over 1,100 cases of UROD with 100% detoxification success rate with no mortality and only one morbidity. The morbidity, benign intracranial hypertension, resolved completely in about two weeks using a few sessions of CSF drainage and was found to be more related to causes other than UROD. The outstanding results Dr. Nilforushan obtained in UROD and addiction treatment were due to attention to details, commitment to the highest standards and a passion for continually improving every aspect of treatment.

In 2008, Dr. Nilforushan obtained a patent for a device he invented to facilitate difficult endotracheal intubation. Since then, he has modified the device and is now looking for ways to get a US patent for his new invention.

In 2008, while being an anesthesia faculty member, he was appointed as a member of three committees with Anesthesia Department at SBUMS. Those committees included research, examination and anesthesia curriculum development committees. Just before his immigration to Canada late in 2010, he designed a national educational program for teaching CPR to general public in Iran. The project was assigned to him by Anesthesia Department at SBUMS.

After immigration, he made a major contribution to an anesthesia safety research project in a children’s hospital. The project included review and root cause analysis of critical incidents related to opioid infusions in children. The study was later published in Canadian Journal of Anesthesia.

Dr. Nilforushan is a Licentiate of the Medical Council of Canada and holds an ECFMG certificate. In the last few years, he has volunteered a lot of his time to share his knowledge and experience to help other international medical graduates pass OSCE-type exams and/or enter the medical systems in Canada and the USA.

At the time of his presentation of RAHA℠ to the anesthesia community (August 2017), he has been working as a Clinical Associate in Postoperative Cardiac Surgery at Vancouver General Hospital in BC, Canada for over two years.

Although Dr. Nilforushan has not had the opportunity to practice anesthesia recently, there has not been any decline in his passion for the field, his enthusiasm for contributing to the profession and his desire to serve patients. That is why the establishment of the so-called “Relief Anesthesia Hotline Association”℠ or RAHA℠ has become a priority for him. An organization that could connect anesthesia providers to off-site anesthesia experts in order to favorably manage critical incidents that happen intraoperatively. As the first stage of this project, Dr. Nilforushan has designed a survey to assess the need of anesthesia providers to RAHA in different areas of the world. He hopes that the results of the survey could lead to the involvement of major anesthesia societies and world-class anesthesiologists in the next stages of the development of RAHA.

I had the privilege to work along-side Dr. Nilforushan for fourteen months as an Anesthesiology Resident at Shahid Beheshti University of Medical Sciences, Anesthesiology Residency Program in Tehran/Iran from October 1994 to December 1995. Dr. Nilforushan has exceptional knowledge in the field of anesthesia. His degree of intelligence is reflected by his first rank in Iranian Anesthesiology Board Certification Exam in 1997. I was always inspired by his level of cognitive skills that he showed during our training. He became Assistant Professor of two very well-known Universities in Tehran. He is a highly motivated person; he founded the first standard private center for addiction treatment in the city of Tehran. He has also a comprehensive experience in the field of clinical research and academic teaching.

It has been my great pleasure to work with Dr. Nilforushan since June of 2015, where he has been responsible for the in-hospital post-operative care of cardiac surgical patients at Vancouver General Hospital. He has proven himself to be one of the most dedicated physicians I have ever worked with, and always puts patient care as his first priority. This population of patients is often very sick, and have a large number of complex problems which need to be addressed. Dr. Nilforushan's attention to detail, and excellent clinical skills have been responsible for averting major complications in several of our patients. Because of this, I am certain that the excellent outcomes enjoyed by cardiac surgical patients at Vancouver General Hospital are in part due to the high quality of care provided by Dr. Nilforushan.

I have known Dr. Nilforushan since our early days of Medical School and throughout his professional career. I found Dr. Nilforushan to be a brilliant clinician, meticulous researcher and a passionate patient advocate. He has devoted his life's work to advancement and improvement of Clinical care and patient safety in the field of anesthesiology. His latest endeavor in creating a not-for-profit organization to provide real time support to anesthesiologists in critical junctures of perioperative anesthesia care is a clear testament to this goal.

It has been a great pleasure to work with Dr. Nilforushan. He is a truly dedicated and capable physician. He is not only a talented clinician who takes excellent care of his patient, he is also a caring physician who takes the time to listen. I have always had very high confidence in his abilities to care for the complex patients in the post cardiac surgery setting.